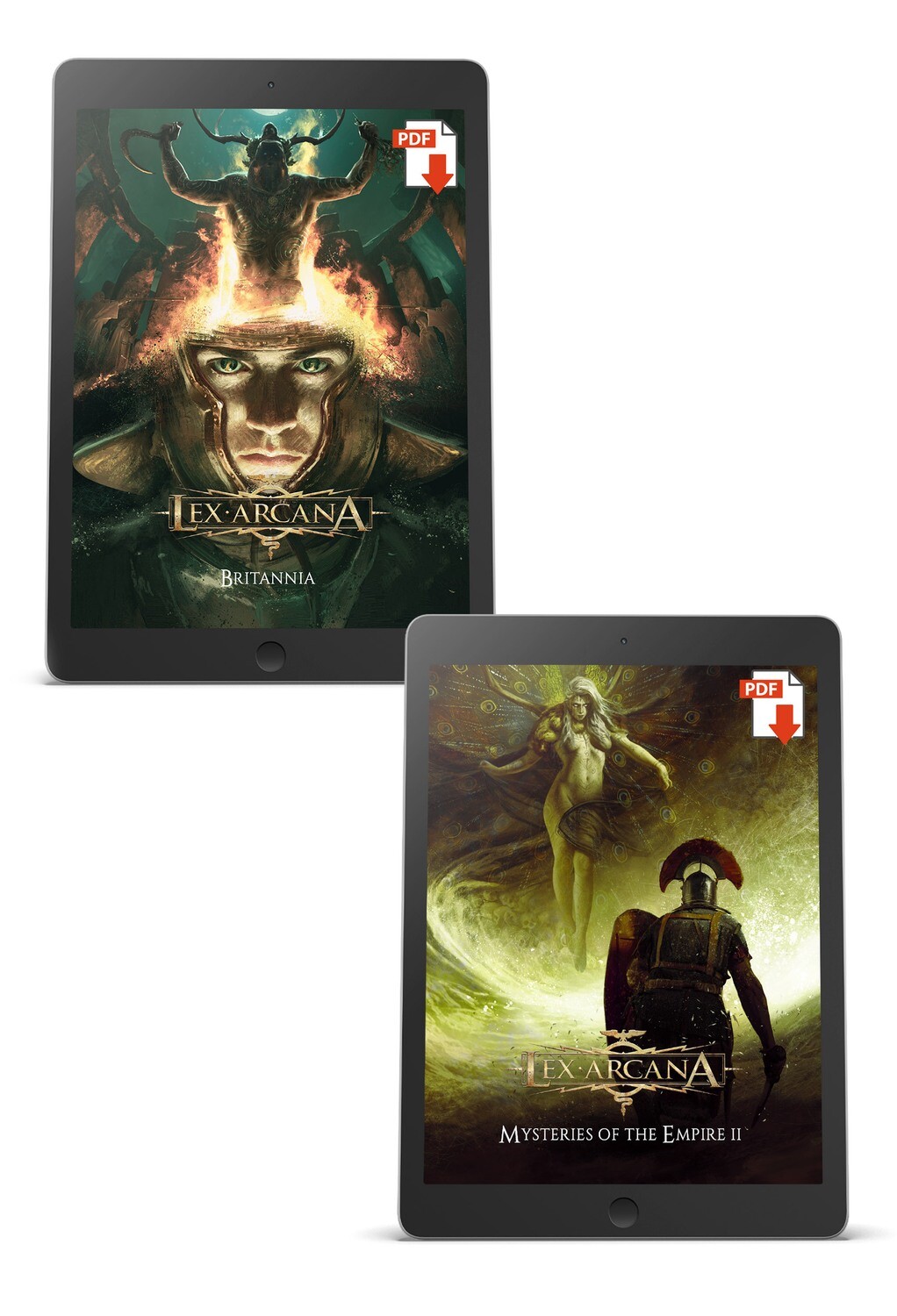 LATE PLEDGE: The manuals will be available from 08/23. This date could be postponed in the delivery to guarantee you the best possible result.

The digital set of the third campaign of Lex Arcana. It includes the sourcebook Britannia and Mysteries of the Empire II in their digital version.

Britannia – Of Mists, Ghosts and Sorceries is the setting module dedicated to the northernmost sinister Province of the Empire. From the wild lands of Caledonia to crowded streets of Londinium, from green, mysterious Cornovia to the enchanted Hibernia, passing through the islands beaten by the waves of the cold Northern seas, Britannia is a region imbued with secrets, sorceries, and prophecies that may change the very history of Rome!

In this new book, the Roman Empire meets the Arthurian myths and the Matter of Britain!

Mysteries of the Empire II is a collection of adventures, both brand new and digitally published but never printed until now; notably, The Shadows of the Past, the epic conclusion of the story started with that very first adventure in the Quickstart! This fourth and final adventure has incredibly high stakes and will put the Custodes face to face with a formidable enemy!

From the shores of the Mare Nostrum to the cold lands of the North, the Custodes will face many of the dangers and perils of the ancient world, amidst dark prophecies, mythical creatures and mysterious forces that want to undermine the destiny of our Empire Without End!