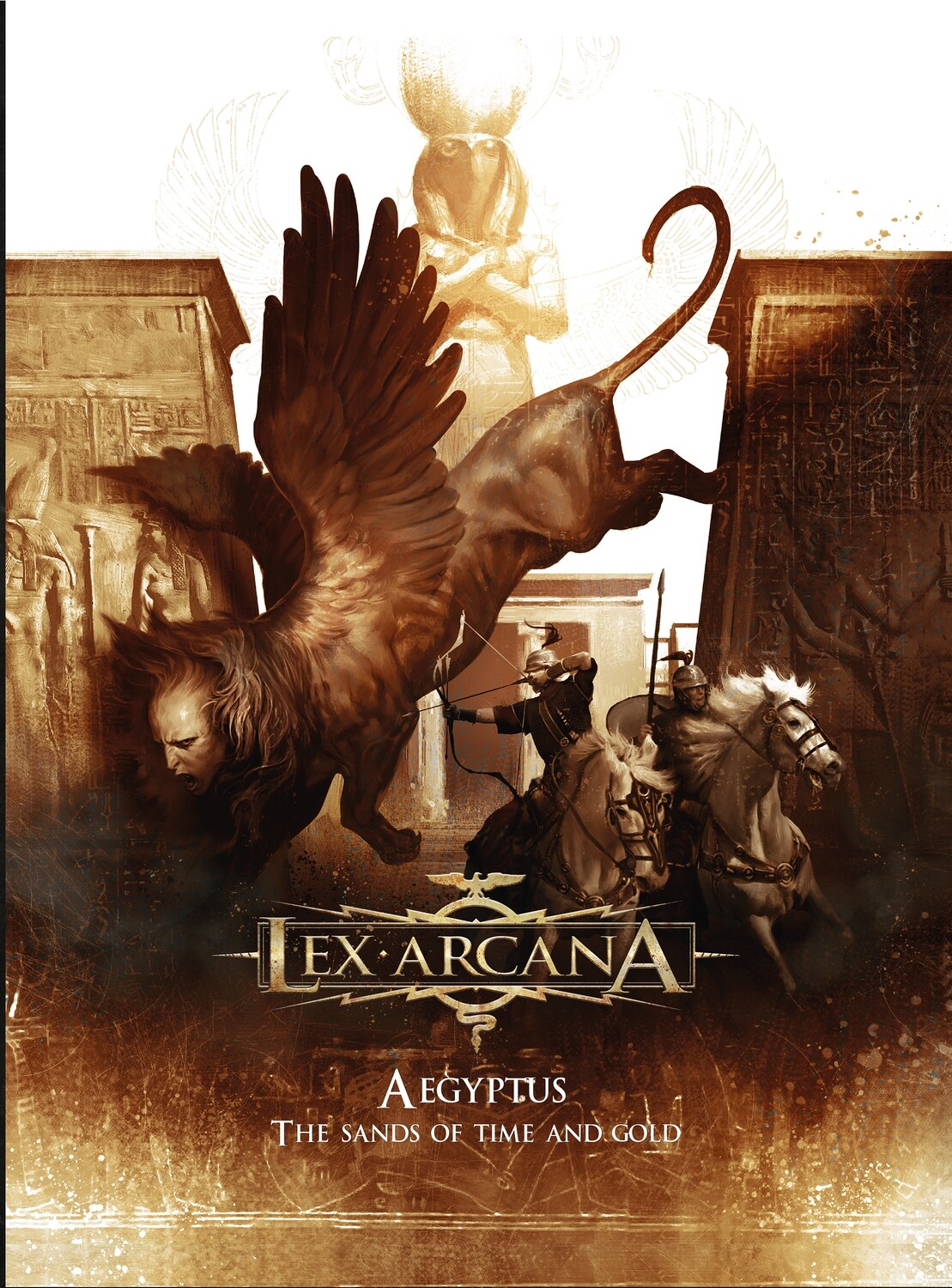 IN A ROMAN EMPIRE THAT NEVER FELL

This volume is the first official setting module for Lex Arcana, describing the beautiful and mysterious Province of Aegyptus. In the land of the ancient pharaohs, descendants of the gods themselves, the Cohors Auxiliaria Arcana must face intrigue and conspirations, curses from times forgotten, sand demons and secrets so dangerous they could break the wisest of minds.

Vale of the Nilus, Lybia e Cyrenaica, the desert and the Isle of Crete.

Province to its most famous treasures and millennia old mysteries.

throw in the mix.

the western oasis, from the lush swamps of the Delta to the most dangerous

of lost cities in the desert.

Are you ready for the sands of time and gold?t end!