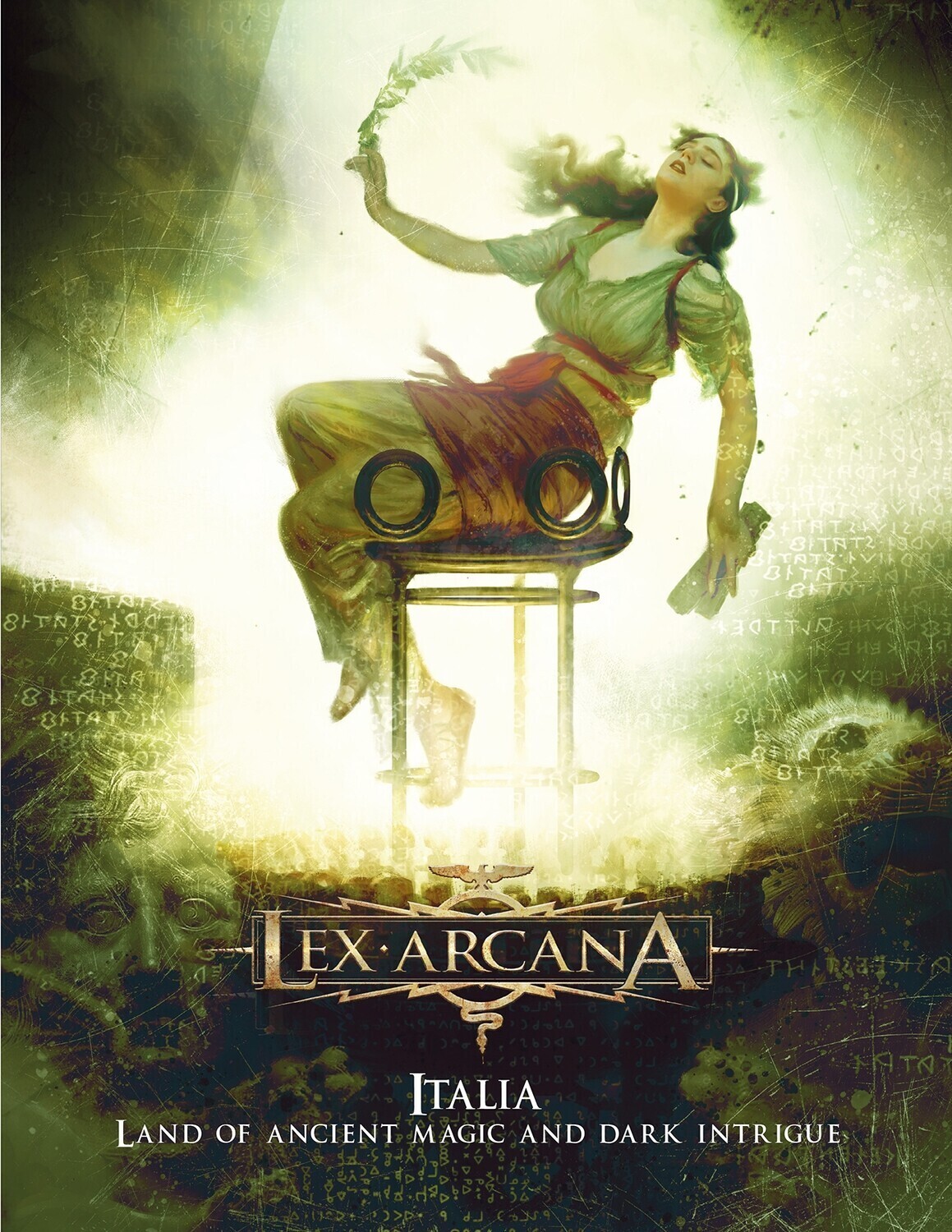 SET IN A ROMAN EMPIRE WHICH DID NOT FALL

This second official setting module for Lex Arcana describes the rich and varied Province of Italia.

Italia, the land were Rome itself was born, is the very heart of the Empire and the home to its most ancient gods. Here the Cohors Auxiliaria Arcana must confront dangerous monsters and supernatural entities, hidden cults, forgotten enemies and vast conspiracies.

– Details on all regions, main cities and prominent individuals from the Alps to the heel of Italy, and the large islands of Sicily and Sardinia.

– Hints and suggestions to develop adventures, dealing with different populations, religions, political intrigues and monstrous creatures rooted in the long history of the peninsula.

– Tens of tables and sidebars with artefacts, encounters and other dangers to enrich game sessions.

– Three breath-taking adventures that will bring the Custodes from the snowclad Alps to sun-bathed Etruria, from the Sybil’s den in Cuma down to the gates of Avernus, the Land of the Dead.

Are you ready to face mysteries older than Rome itself?