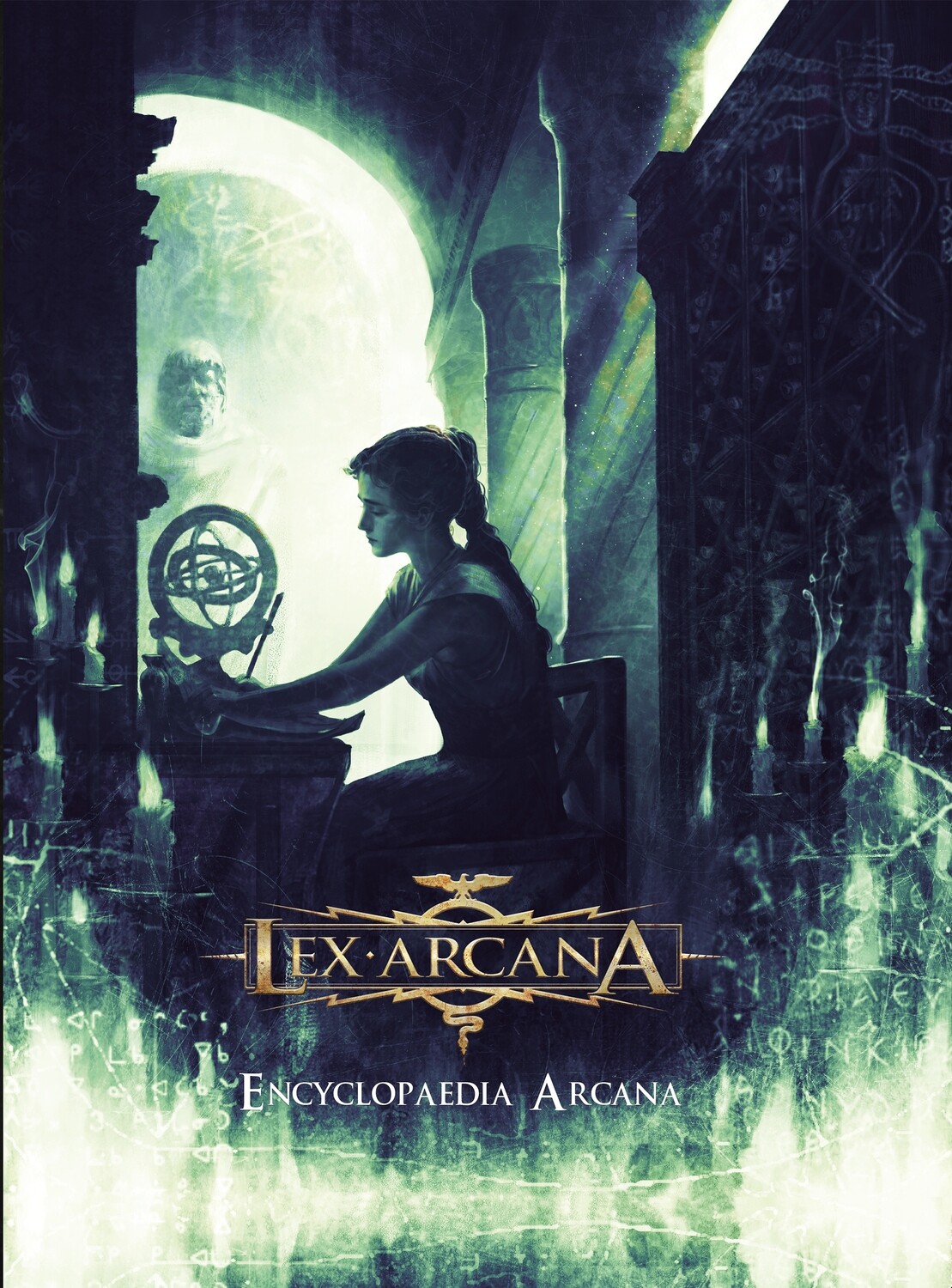 are set. A Rome very different from that taught in school, in which magic, the

supernatural and the gods coexist with the usual army legions, hordes of barbarians

The Encyclopaedia Arcana is the definitive Lex Arcana setting compendium, with

ready to be dropped into your next adventure.

The Encyclopaedia Arcana is the shortest path to bring your adventures to a whole new level of detail, for the glory of Rome and our Empire without end!